The Kearney School District (KSD) is pleased to announce the board of education approved three new elementary principals for the 2020-2021 school year. 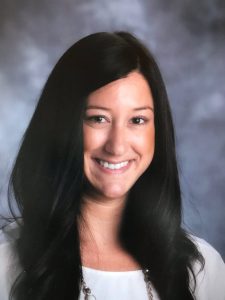 Laura Gonzalez has accepted the role of principal for Dogwood Elementary. Gonzalez is currently an assistant principal in the Leavenworth School District. Gonzalez has 12 years of experience as an educator and has been in leadership positions throughout her career.

Gonzalez began her educational role as a teacher in the Hickman Mills School District in 2008. In 2012, she accepted a position with the Platte County School District serving in positions such as grade level chair, new teacher mentor and summer school principal for five years. Gonzalez also held positions on the building leadership team and the curriculum and instruction team. In 2018, she began her role as an administrator in her current position with Leavenworth School District where she has been a collaborative part of helping the building achieve the recognition of National School of Character.

“I am excited to join the team at Dogwood and become a Bulldog! What attracted me to the opportunity with Kearney was the established tradition, pride and values that are deep rooted in student success,” Gonzalez stated. “When looking for an opportunity to help lead a school, I was in search of strong community partnerships and the feeling of family. I believe I have found that in Kearney and am happy to call Dogwood home.”

Gonzalez attended William Jewell College where she earned a Bachelor of Science in Elementary Education. She also holds a Master of Education in School Leadership from Baker University, and she earned her Education Specialist degree in Curriculum and Instruction from William Woods University.

Gonzalez will start her new role at the beginning of the 2020-2021 school year. She joins the Dogwood team after Janelle Nelson announced her retirement after serving as principal for 17 years. 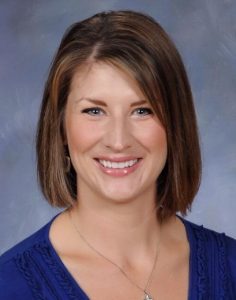 Lauren Malone has accepted the role of principal for Hawthorne Elementary. Malone is currently a middle school assistant principal in the Independence School District. She has dedicated the past 15 years to her educational career.

Malone accepted her first role as an educator as a music teacher for the Raytown School District in 2005, and transitioned to a second grade teacher in 2010. She continued her music and classroom teaching careers in the Blue Springs and Raymore-Peculiar School Districts until 2015 when she received her first opportunity in an administrative position for Independence School District. As an administrative intern she took on many leadership roles for the school including leading the building’s problem solving and technology teams and assisting in emergency planning. In 2018, Malone accepted the role of assistant principal for Randall Elementary and transitioned to her current position where she has a pivotal leadership role.

“I am so excited to be joining the Kearney community! Kearney has a long-standing tradition of excellence in supporting students and striving for academic success,” said Malone. “I look forward to continuing this effort at Hawthorne Elementary. I am passionate about supporting student growth and look forward to working with the Hawthorne staff and community in being a part of this effort.”

Malone will start her new role at the beginning of the 2020-2021 school year. She joins the Hawthorne Elementary team after current principal Annette Shelton resigned to continue her educational career in another location. 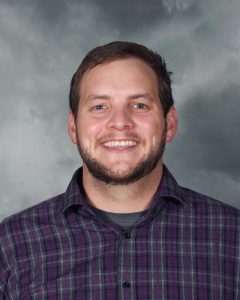 Mitchell Masker has accepted the role of principal for Kearney Elementary. Masker is currently an elementary assistant principal in the Savannah School District. Masker has spent the past 6 years dedicated to improving youth education.

Masker quickly established his leadership abilities as he began his role in education as an interim principal for the Horace Mann Lab School in Maryville in March 2014. He transitioned to classroom teaching in June 2014 as a third grade teacher and then as a fifth grade teacher from 2015-2018. During his time as a classroom teacher he held leadership positions such as team leader of collaboration, team leader of personalization and innovation and was a member of the building leadership team. He also dedicated his time to extracurricular activities as a coach for the high school football and baseball teams. Masker accepted his current position as assistant principal in 2018. Within this role he has worked to lead redevelopment of the district’s crisis plan. He also directed academic improvement programs such as the student intervention CARE team and MTSS (Multi Tiered System of Support) interventions.

“I am very excited to get started at Kearney Elementary and become part of the Kearney community,” said Masker.

Masker will start his new role at the beginning of the 2020-2021 school year. He joins the Kearney Elementary team after current principal Brian Sloan resigned to continue his educational career in another location.