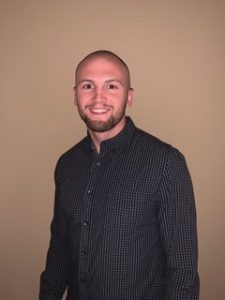 The Kearney School District Board of Education approved Adam James for the 2020-2021 boys head soccer coach position. James has an extensive background in competing in and coaching soccer. He is currently the Men’s and Women’s Assistant Coach at William Jewell College, Alliance Futbol Club Coach, and plays for the Kansas City Comets. He has a passion for joining the Bulldog team because he is a Bulldog as well. James graduated with the Class of 2014.

“I’m excited that Coach James has decided to return to our community in the coaching role,” stated Athletic Director for Kearney School District, Dave Schwarzenbach. “I enjoyed watching him as an athlete, and I’m looking forward to watching him as a head coach. Coach Forman did an excellent job of developing a successful program, and I believe Coach James has the skills and knowledge to continue the program’s success.”

During his soccer career with the Bulldogs he set several athletic records including the record of 126 career goals. After graduating from Kearney he attended Benedictine College in Atchison, Kansas where he was a member of the soccer team. During his playing time there he was an All-American, 1st Team All-Conference, 1st Team All-Region, and National Player of the Month. After his last season with Benedictine he signed his first professional contract with the Kansas City Comets in December of 2017, where he continues to be a member of the team. His first year with the Kansas City Comets he received the honor of being named to the All-Rookie team. James also earned positions in outdoor organizations such as FC Wichita and Tulsa Athletics. He started his coaching career in July of 2018 at William Jewell College assisting both the men’s and women’s programs. While there he started a business “James Training” doing individual and small group training. He also started coaching club soccer with Alliance Futbol Club in September of 2019. Most recently, in 2020,  James acquired his United States Soccer Federation National D Coaching License.

“What excites me most about coaching at Kearney is not only being able to give back to soccer but my hometown as well,” said James. “This is a great opportunity to help these boys develop into young men that will go out and impact their communities in a positive way. I also believe that this program has great potential to consistently compete for championships on the field.”

James will start his new role at the beginning of the 2020-2021 school year. He will replace Bill Forman who started the soccer program. Forman announced his retirement earlier this year.