KSD celebrated the newly-built tennis courts with a ribbon cutting ceremony, and a few friendly matches between students and staff. The new courts are located on the south side of Bulldog Stadium. Athletic Director, Eric Marshall helped the boys and girls tennis teams cut the purple ribbon in celebration of its completion.

Marshall stated he was very excited for the students to have the new courts to play on and believes that students well into the future will be playing on the new court addition. He thanked all those involved in the planning and building process.

After the ribbon was cut, students took a small piece of it to remember the occasion. 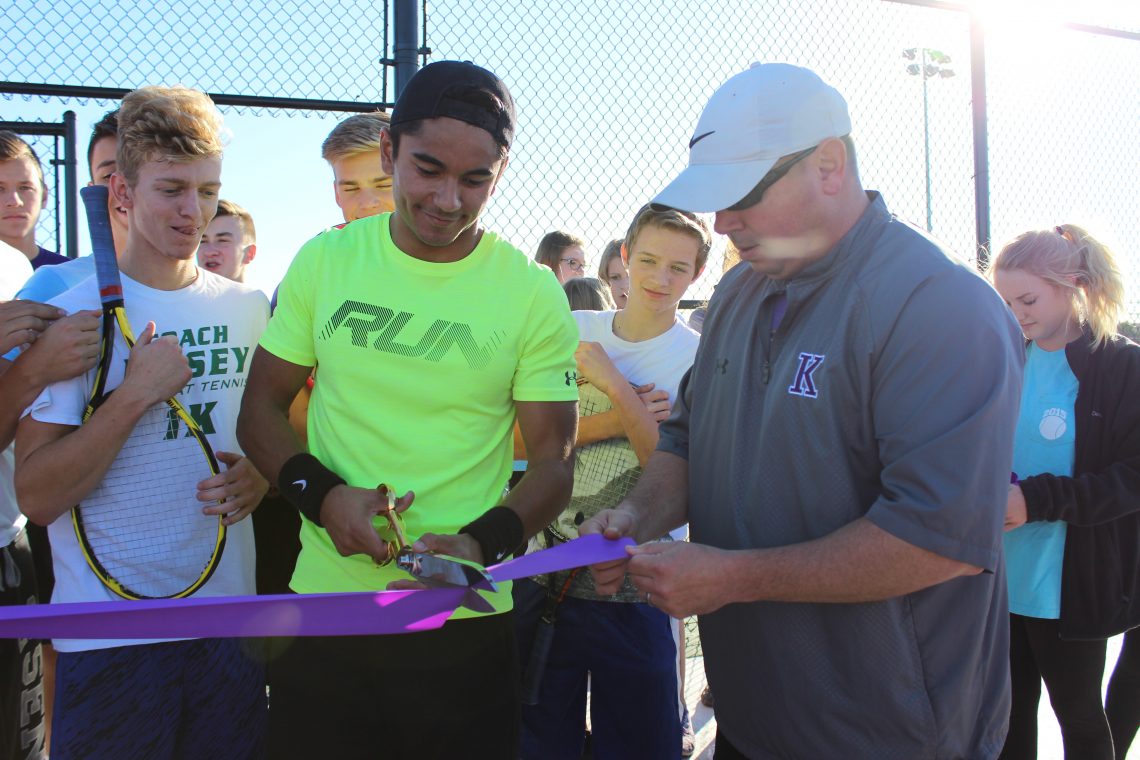 Superintendent Dr. Bill Nicely and Assistant Superintendent Jeff Morrison played against each other, and teamed up with senior tennis players Jennifer Cates and Cameron Crockett. (Click photo to watch!) 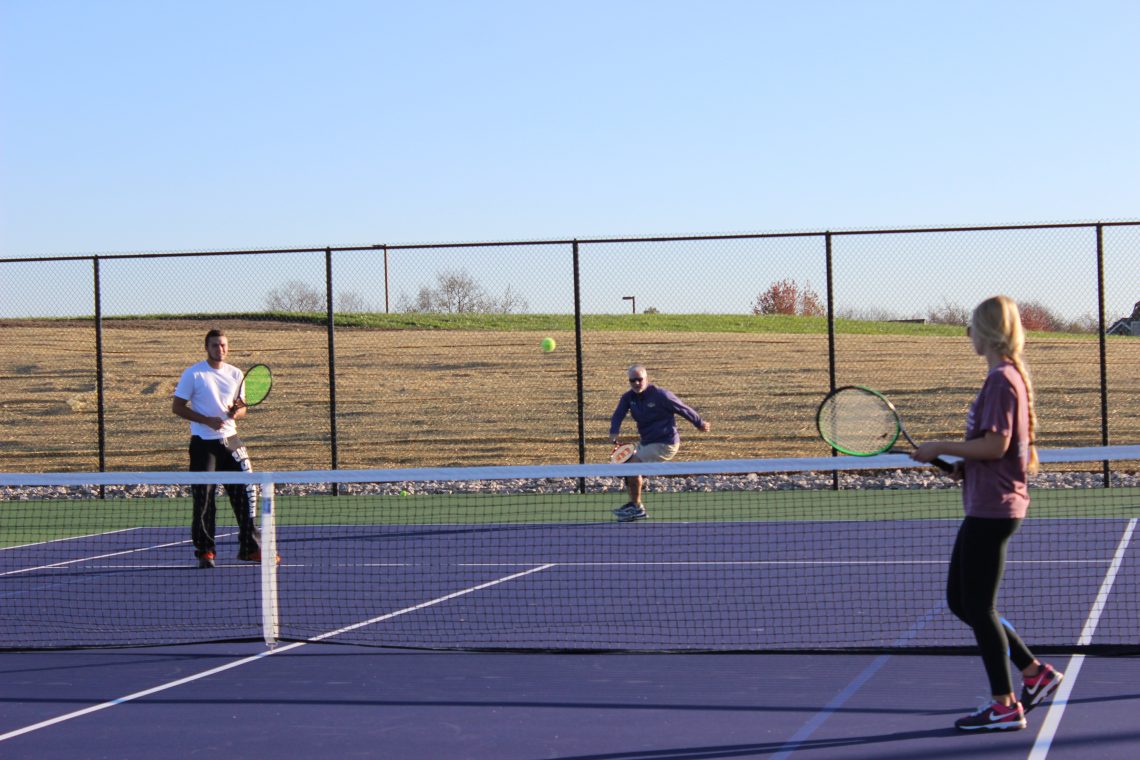 Boys and girls tennis players spent the afternoon enjoying the new courts and the memories that will be made on them.