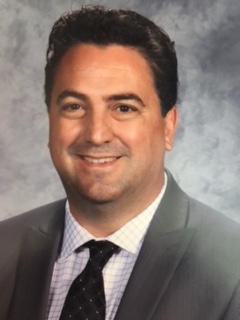 “Mr. Coffman is going to be a great addition to our high school staff, and we are looking forward to working with him” said Dave Schwarzenbach, principal at Kearney High School.

Coffman’s extensive background in secondary education will certainly be an asset to Kearney School District. He started his teaching career in 1994 at St. Bernadette Grade School as a social studies teacher. In 1999, Coffman became a history teacher for Raytown Middle School and continued to teach history when he accepted a position at Liberty High School in 2006. During his time as a teacher, Coffman was the recipient of several statewide teacher of the year awards. His career path led him to become an administrative intern in 2010 at LHS, and in 2012 he began the role he holds today as the assistant principal for LHS.

“Kearney High School offers me the opportunity to work in a setting where people believe in the importance of education on a personal level,” Coffman stated. “I look forward to getting to know the staff, students and the families at Kearney High School, and supporting each student’s growth and involvement in the community.”

He and his wife Tracey have three children, Ian, Quinn, and Megan.

Coffman will start his new role at the beginning of the 2017-2018 school year. He replaces Erek Noland, who recently accepted the role of assistant principal at Kearney Middle School.